If it Ain’t Broke, Don’t Fix It—Replace It! 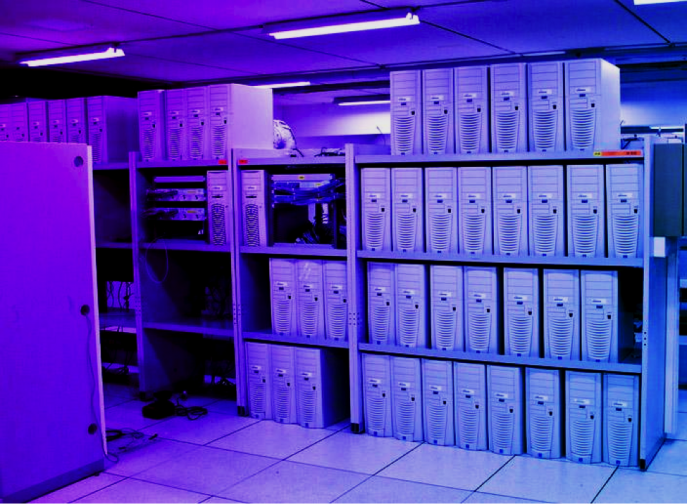 Have you ever visited a data center and seen row after row of servers still in production that should have been retired years ago? I am talking about single-processor, single-core tower servers or behemoth rack-mount servers with four or eight single core CPUs. I still see old servers with vSphere 3.x or 4.x running two or three VMs on local storage. These servers just seem to keep working on their original task without much intervention. The old saying, “If it ain’t broke, don’t fix it” is clearly the mentality in practice.

But stop and think about those servers for a moment. How efficient is the workload, and how much power are these servers consuming? If you are looking at a hardware refresh, the power and density become factors that can dramatically cut cost in the data center. CPU licenses are a start, but power and cooling can add up quickly as well.

Responding to urgent demand, CloudPhysics is proud to announce Aggregate Power Consumption. This card gives you the ability to classify and analyze the power consumption of your vSphere hosts in the data center. 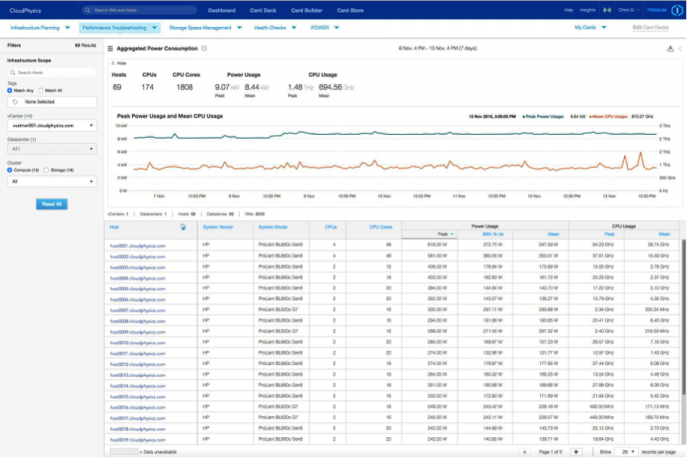 The Aggregate Power Consumption card is currently available in Card Decks under Performance Troubleshooting. Now you can overlay power consumption and CPU load across a defined scope to see power draw by host, cluster, vCenter, or other defined scopes for the past seven days.

We wanted to provide visibility into the correlation between CPU usage and power consumption by vSphere servers in the data center. This visibility will allow you to determine the most energy efficient hosts based on workloads, hardware, and utilization.

Hopefully, you can now find the justification for turning off that 10+ year old server and migrating the workloads to a more efficient data center server.